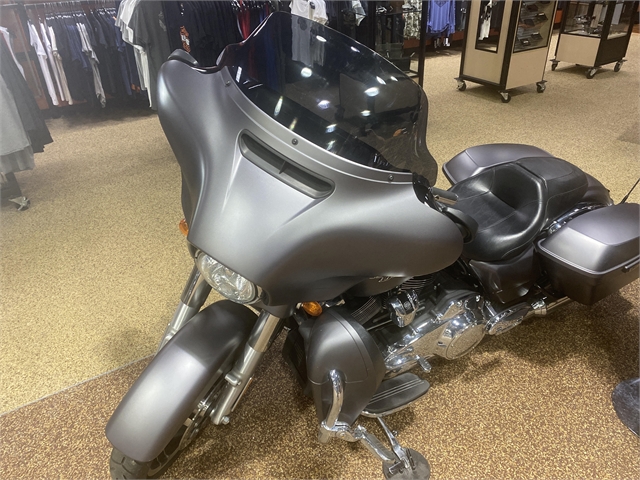 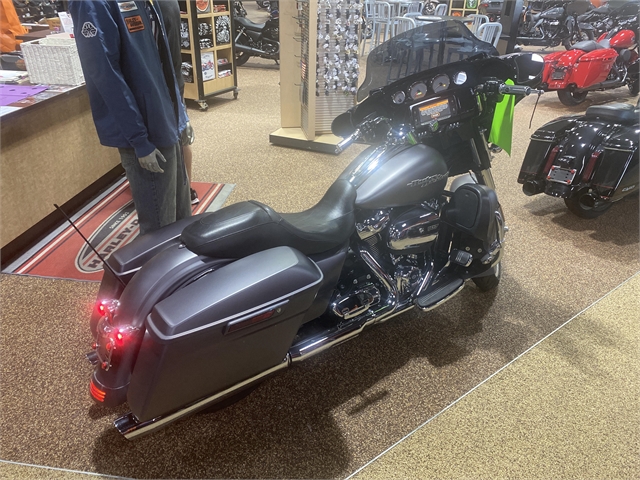 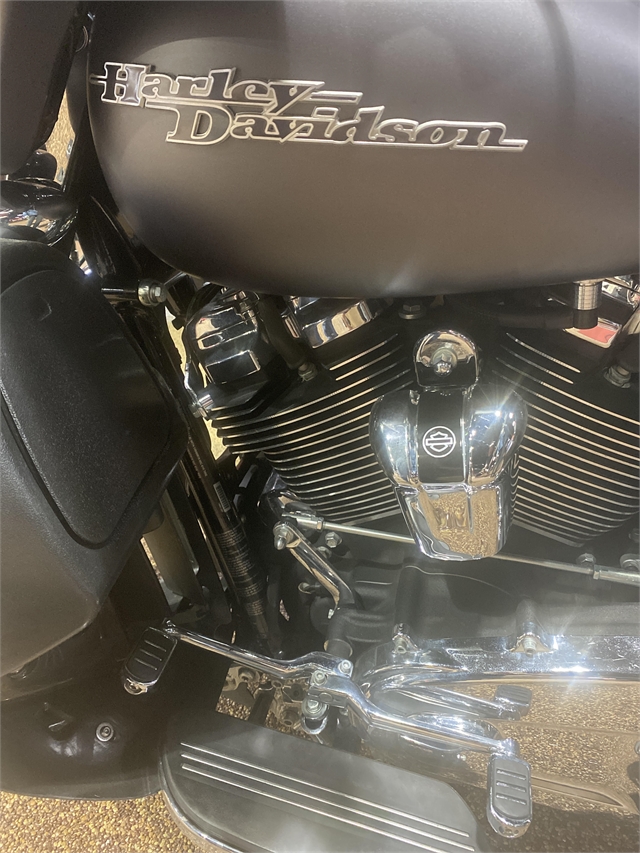 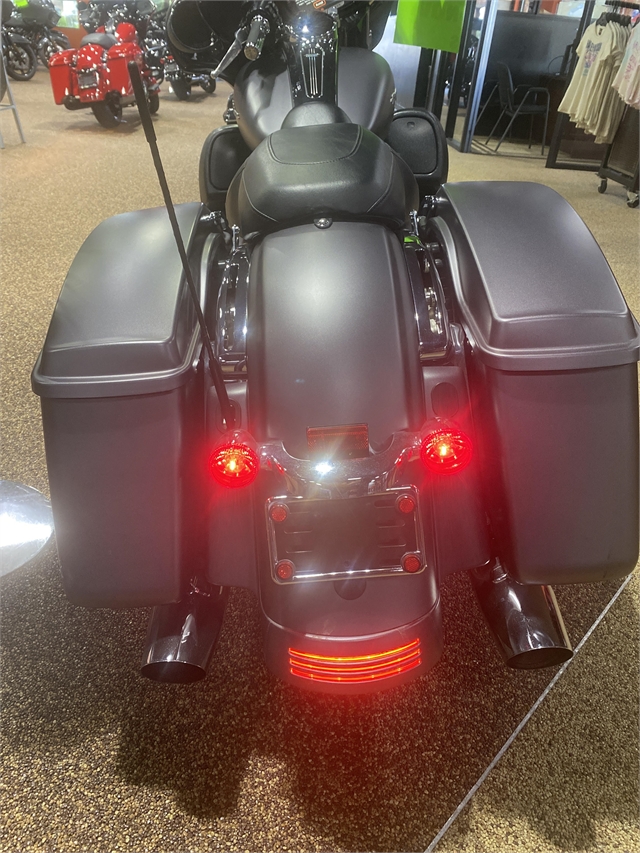 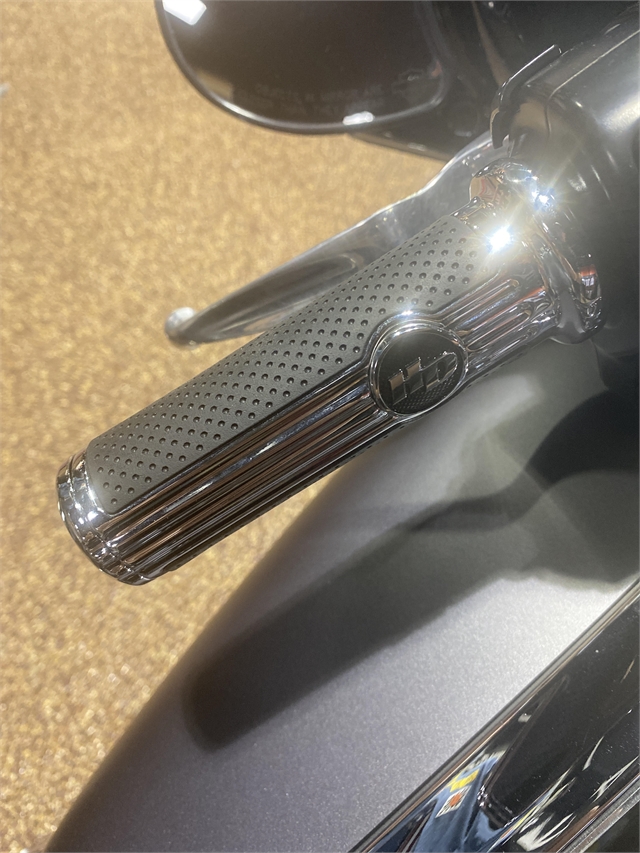 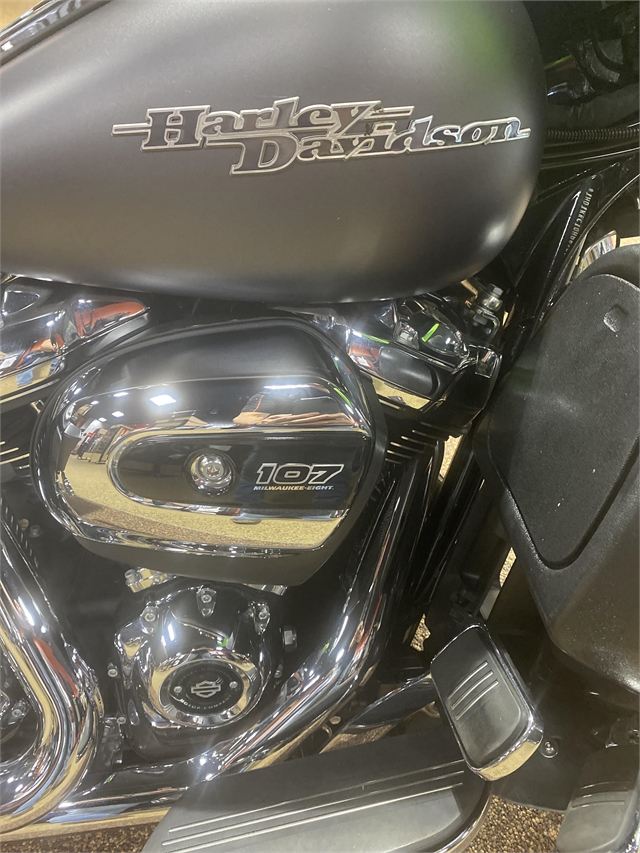 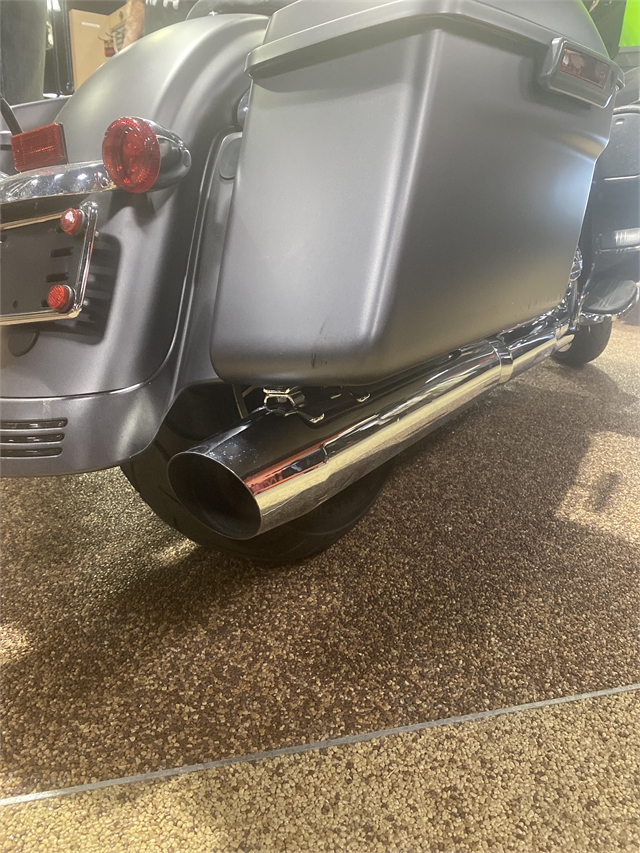 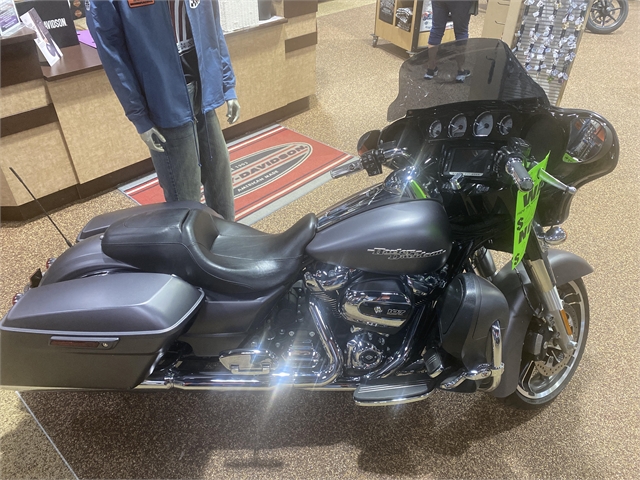 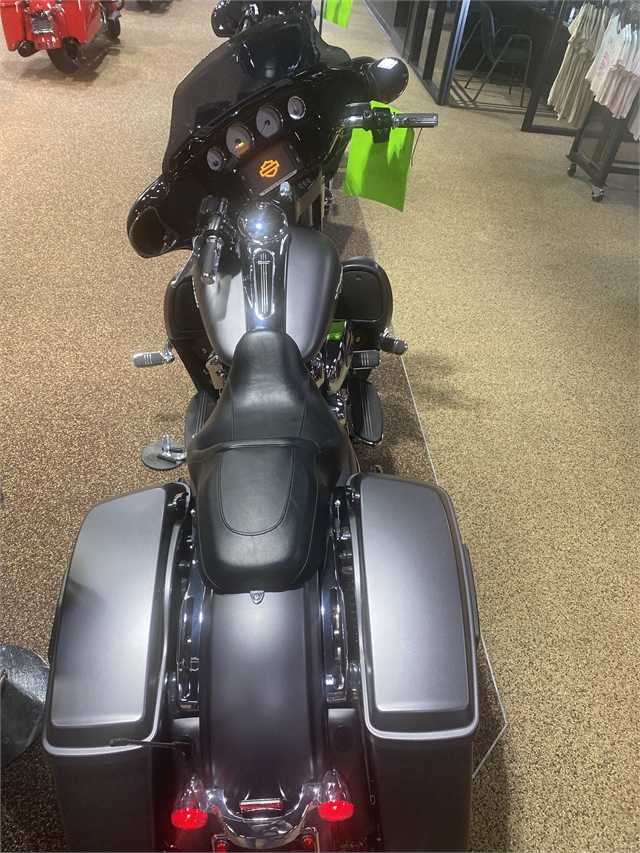 484 people have recently viewed it.
Description

She just had her 20K service performed here and we installed new grips.

Denim Gray but ready for a Ride on a Sunny Day.

1. The 2017 Harley-Davidson Street Glide Special gets a few important features that make it Special. Linked braking with ABS, a high-end infotainment system, a security system, and upgraded paint are the primary differentiators from the standard Street Glide.

2. The big story for the 2017 Harley-Davidson Street Glide Special is the new Milwaukee-Eight 107ci engine. We’re not going to get into the nuts and bolts of the Milwaukee-Eight update, as it’s a subject we’ve written about quite a bit. Featuring a claimed 111 ft/lbs of torque at 3250 rpm, the air-cooled 107ci powerplant (with oil-cooled heads) has flawless power delivery everywhere in the power band.

3. Unlike the Twin Cam it replaces, which most certainly tapered off towards the upper regions of the rev-range, the Milwaukee-Eight shows no signs of doing so. The M-E spools up with much more urgency than its predecessor, especially in the further regions of rpm. Another point of praise is the Street Glide Special’s 2-1-2 exhaust. While it doesn’t have the boom of an aftermarket system, I certainly grinned when I’d open the Street Glide Special up. In short, it sounds superb, and that’s not reviewer bushwah.

4. Engine vibrations have been reduced a claimed 75 percent. Now featuring counterbalancing, Harley-Davidson engineers worked to improve the comfort level of the touring line by reducing vibration, and they’ve done so by a massive margin. Before purists fret, yes, it still feels like the American V-twin we all know and love, but with a refinement that will certainly reduce fatigue on any journey.

5. Shorter riders will find the Street Glide Special more accommodating this year. Though there are no changes to the chassis, riders swinging a leg over the 2017 Street Glide Special will take heed of the much narrower riding position. Thanks to a dramatically slimmed down primary cover and air cleaner, riders of all shapes and sizes will have more confidence maneuvering the 830-pound touring motorcycle.

6. Heat dissipation has been improved. The Street Glide Special’s powerplant deals with heat management far more efficiently than any of its predecessors. That means much more comfort when on those long summer trips and, most importantly, at low speeds while dealing with traffic.

7. A slip-assist clutch is standard. Owners of any model in the Touring line will be pleased to know that Harley has sprung for a slip-assist clutch. While it lightens the clutch pull, the 2017 Street Glide Special still is a hearty clutch pull. However, the real story here is the slip feature. Botching a downshift won’t be meant with a rear-wheel hopping about or skidding. Riders can rest a little bit easier when moving down the gearbox quickly.

8. Comfort has improved by leaps and bounds due to suspension upgrades. Now featuring remote spring-preload adjustable emulsion shocks and Showa’s Dual Bending Valve fork, the Street Glide does just that—glide. In all, the Street Glide has much more confidence, remaining planted especially over inconsistent surfaces. Potholes, expansion joints, and unkempt roads do little to upset the Street Glide Special’s chassis, even while cornering aggressively.

9. The emulsion shocks deserve special praise. Hard impacts no longer deflect energy directly into the chassis, improving the overall comfort massively. Harley-Davidson has made great strides in this department, no doubt.

10. One-touch, quick release saddlebags are now standard on the Street Glide Special and other touring models. The one-touch latch system works effortlessly, and snaps in with confidence, but that isn’t all. If you’d like to adjust your rear preload while out and about, it will only take a couple minutes to pop the saddlebags off, adjust your preload and be back in the saddle. That same principle extends to tire changes and flat repairs, which long distance touring riders know all about.

12. If you’re going to ride fast, you’ll have to stop fast, and the Street Glide Special can do just that. Equipped with 300mm dual rotors up front, a 300mm disc out back, and Brembo calipers, the Street Glide Special can stop in a hurry when needed. Brake feel at the lever is firm and progressive, but for my own personal tastes, I’d like a tad more bite out of them.

13. The rear brake is quite strong, though your ankle will be kept at a steep angle if you’d like to keep it on the floorboard. It takes some getting used to or you can start doing yoga because nothing says Harley-Davidson like yoga pants on bearded men.

14. The Street Glide Special is equipped with linked braking and ABS. Having ABS doesn’t detract from the ride in the least bit, as it takes some ham-fisted brake applications to engage it in the front. In the rear, you may hear a tad bit of chirping before the ABS engages. The linked braking operates at speeds above 20 mph or so (depending on conditions), and balances the front and rear brakes whether you use the brake lever or pedal alone, or in tandem. It’s an excellent system that is generally transparent.

15. The 6.5-inch touchscreen infotainment system with BOOM! Box 6.5GT audio system works flawlessly. In truth, I’ve never been a rider that listens to tunes while riding but I gave the 6.5GT auto system a go and was pleasantly surprised. At cruising speeds, I could make out the soothing sounds of Los Tigres del Norte. The touchscreen responds to a gloved touch or can be manipulated on the left-hand control with ease. Additionally, owners can expect a handy GPS feature that works as intended. Even in direct light, the screen is still visible.